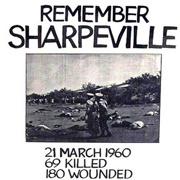 The first Sharpeville Shootings commemoration was held in Sharpeville on 21 March, 1973, at Sediba Lower Primary School. It was called Heroes Day then by the Black Consciousness Movement (BCM) family of organisations. And that was organised and hosted by the Sharpeville branch of the Black People’s Convention (BPC) and Sharpeville Youth Club (SYC). The guest speaker was the President of BPC, Mrs Kgware. She was accompanied by her Deputy President, advocate Chris Mokoditoa and Don Mattera, the poet. It was reported in the Sharpeville Youth Club newsletter later that Don Mattera was like a wounded tiger as he recited his poems.

Puso Leonard Tlali (Saint!), a member of the Branch Executive Committee of BPC, also read his own poem. Its first stanza went something like this:

“Every day that rises and sets

Leaves a mark on you blackman

Further on, he wrote:

“Blackman what is your epitaph?

Blackman what is your…?”

Puso read widely and was quite knowledgeable about world affairs. He could paint the future Azanian Communalistic state so clearly with his tongue you could see it. He skipped the country and got political asylum in Botswana. He later joined the ANC. He was to become a Personal Adviser of the Minister of Defence, Joe Modise. He disappeared from the face of the Earth. And so it was, there was to be no Priest to lead his pall-bearers as he left his home to his final resting place; and no words would be inscribed on his Stone of Remembrance. His family and comrades have yet to find closure.

The Master of Ceremony on that day was Mahlomola Ramokhoase (Saint!), the President of SYC. He was quiet and soft-spoken, and indeed a man of few words. But he was very intelligent. He argued with persuasive and cogent logic that convinced everyone. He passed his Junior Certificate with distinction. And because there was no matric class in Sharpeville then he passed his matric in Orlando High School, in Soweto. His mathematics teacher was none other than TW Khambule. He could not proceed to university because of lack of funds and he could not find a job because of the Special Branch. He ended up a bus driver and union leader. And in Sebokeng where he lived, he was a leader of the ANC branch. He died on duty behind the steering wheel of a bus he was driving. He was allegedly shot and killed by rival members of his own union. I spoke on behalf of the family at his funeral. And I said that the ANC was a big organisation and so was Cosatu and that his assailants would be tracked down. Alas! I was wrong. They are still at large.

Mantsoe Ramokhoase (Saint!), his younger brother, was the organiser of SYC. He was also at the Commemoration Service. Unlike his brother, he was talkative and a man of action. Once convinced of the correctness of an idea, he followed its dictates through to the end. He was a great Democrat who respected collective decisions. Wherever and whenever wrong ideas appeared he challenged and opposed them. And he was a very brave man. He never wavered from the path of the revolution.

In exile, he joined the ANC and underwent military training in Cuba. Upon his return home, he was integrated into the South African National Defence Force and was stationed in Lenasia Barracks, whilst he and his family were living in a shack in Orange Farm. He single-handedly opposed and challenged corrupt comrades who sold sites to people and pocketed the money. They arrested, tried and sentenced him to death by means of a necklace. Only his fearlessness, even in the face of death, saved him. They let him free!

He fought against the living conditions in the camp at Lenasia. He wrote letters of complaints about the failures of integration. And he lamented the way he had physically deteriorated. He died an unhappy man.

His comrades in arms in the camp fought and demanded that he be given a hero’s state funeral. They wanted nothing less for him. The state argued that that could not be done in Orange Farm; that the place did not have infrastructure to accommodate an event of such a magnitude! The compromise was to carry his coffin on a gun-carrier.

Again, I spoke on behalf of the family at his funeral and I said Mantsoe was an unrelenting fighter who fought for the freedom and dignity of the black people; that he was not made a soldier by the uniform of a conventional army. The South African flag was wrapped around his coffin and his uniform was put on top. And so it was his coffin was carried to the cemetery on a gun-carrier.

Another young person who attended the Commemoration Service in 1973 was Sam Ngobese (Saint!). He had a disability around the heap. As a result, he walked very slowly, his upper body swinging from left to right as he pulled his leg forward. When the system came down upon the leadership of the SYC on 5 October 1973, he was also detained. He ended up in the camps of the ANC in Zambia. Upon his return from exile he integrated, demobilised and came back to his home in Sharpeville. He opened a Spaza Shop at his home and died a poor man in Sharpeville.

They organised and held a successful Sharpeville Day for the first time in Sharpeville when many thought it was dangerous or downright madness to do so. May Their Spirits Rest in Peace! What shall we write on their Stone of Remembrance? Where shall their Stone of Remembrance be erected? Or shall we have to inscribe their Epitaph on the Tomb of The Unknown Soldier next to some road somewhere?

They might have passed on, but I believe that they are watching as our councillors fumble and squander the resources and political goodwill of the people!

By Nkutšoeu Motsau: The chairperson of the Military Veterans Association of the Azanian National Liberation Army (AZANLA MVA) and member of the Central Committee of AZAPO.