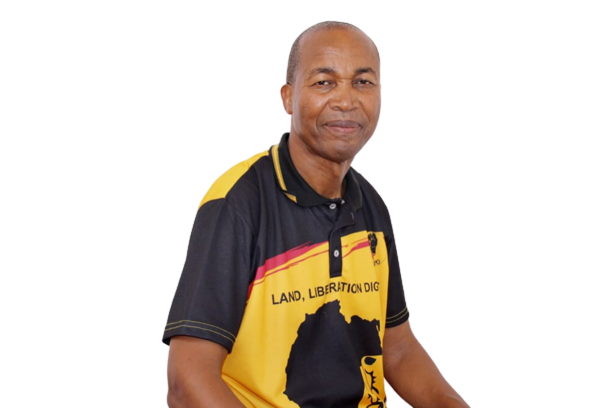 At the height of apartheid repression in the mid-seventies and eighties when AZAPO’s voice was the loudest in the call for freedom and liberation; when AZAPO was the dominant advocate in championing the fight against settler-colonialism, the Movement of Biko coined the slogan: “Phansi namabhunu asithandayo! (Down with the boers who love us!)

The slogan was a response to the white liberals who wanted to prescribe to black people how they should respond to white racism. The involvement of white liberals in our struggle has had an effect of reducing our collective militancy and reducing the minimum objective of our struggle, which was the repossession of our land from the settler colonialists who had robbed Black people of land through the power of the gun.

The involvement of white liberals diluted the struggle to a point that the call for “Mayibuye i-Afrika” was cleverly changed to state that the land in South Africa “belongs to all who live in it”. For a long period the liberals hijacked the struggle and were behind the 1994 so-called miracle political transition from apartheid to democracy. The emphasis moved from liberation to democracy. It was as if the attainment of democracy amounted to the attainment of liberation. This was clearly false.

What democracy means is that we all have an equal right to vote. Democracy does not address the fundamental dispute between the Black people who lost their land through colonial conquest and settler colonialists who stole the land through colonial conquest. That original dispute between blacks who lost the land and the descendants of the European settlers remains unresolved to this day.

The increasing call for economic freedom in our lifetime is just an illustration of the fact that democracy which was ushered in in 1994 was not necessarily liberation. In truth, the struggle for Azania, the struggle for liberation and freedom was aborted in Kempton Park when a section of the liberation movement agreed to accepting a deal that would allow South Africans to vote without addressing the key issue that gave rise to the dispute, which was land.

More than 27 years later, it is increasingly becoming clearer that AZAPO was correct in urging people to shun the 1994 election because those elections would not deliver the promise of liberation, which was the transfer of land and economic control and ownership from the settlers to Black people.

The 1994 transition to democracy managed to lull our people into believing that they have attained liberation and freedom. We all know now that this was a façade. Liberation has not been attained. The current court battle over the revolutionary song, Dubul’ibhunu, is testament to the fact that white people are somehow still in charge of our political system.

White people who are a minority in our country, can go to the courts so that they tell Black people which songs are acceptable to them. It matters little that the songs are just historical and have no direct meaning in terms of fighting whites today.

What AfriForum is telling us is what has been concealed for a long time. White people are still in charge in this country. One does not have to look far to appreciate the fact that white people are still in charge. Their fears have not only been allayed but continue to inform government’s response on virtually everything. Die Stem, a sign of white domination and conquer of Black people by whites, is still part of the national anthem. Yet that song represents not only “hate speech”, but the land dispossession and dehumanisation of Black people.

AZAPO is clear that we shall not ask for permission to defend Azanian liberation struggle heritage. The Dubul’ibhunu is part of our resolve to fight land dispossession, colonialism, slavery and racism. To be intimidated by land thieves and racists to dump and betray our weapon for the restoration of Black dignity is to betray the Azanian Revolution. We sing what we like. Besides, we will not massage white privilege and arrogance by caving in and denouncing our blackness. Never! This is why AZAPO is calling on all Black people to show disdain to white racism and white privilege and defiantly sing Dubul’bhunu at any place and at anytime they so wish to do so. It represents their struggle and heritage.

Moreover, apartheid symbols and statues remain landmarks throughout the country. Freedom fighters of yesteryear from AZANLA, APLA and MK, are still battling to get decent benefits from the Defence Force that treats them as step-children in the defence family. But that is not all. Freedom fighters were required to apologise to the Truth and Reconciliation Commission (TRC) for fighting against apartheid – a system condemned by the United Nations as a crime against humanity. Even so, AZAPO insist that apartheid is in fact a crime against Black people. As a matter of fact, the TRC process made no distinction between those who were fighting to retain the status-quo of apartheid and settler-colonialism viz-a-viz those who were morally compelled to fight an oppressive system.

The TRC forgave apartheid killers. And that is the reason many families of victims of apartheid’s gross human rights violations are unable to get justice.

The current Constitution protects property rights and fails to take into account that the current “land owners” had stolen the land from the Black people. Limited remedial action reluctantly implemented by the current government, such as affirmative action and Black Economic Empowerment, are on trial and are being reversed by defenders of racism such as Afriforum with the support of the courts.

In line with our slogan, “Phansi namabhunu asithandayo”, AZAPO sees through the crude racism of the Afriforum and their open agenda to insult our collective revolutionary heritage. Through the display of this crude racism, Black people will know the facts. The facts are that we may have democracy, but we have not attained our liberation. Black people may be a majority in numbers, but the white tribe is still the dominant class in terms of the economy, politics and culture.

AZAPO’s entry into the debacle of the Dubul’ibhunu song is a continuation of our struggle against ignorance that created fertile ground for the betrayal of black people by the ruling elite.