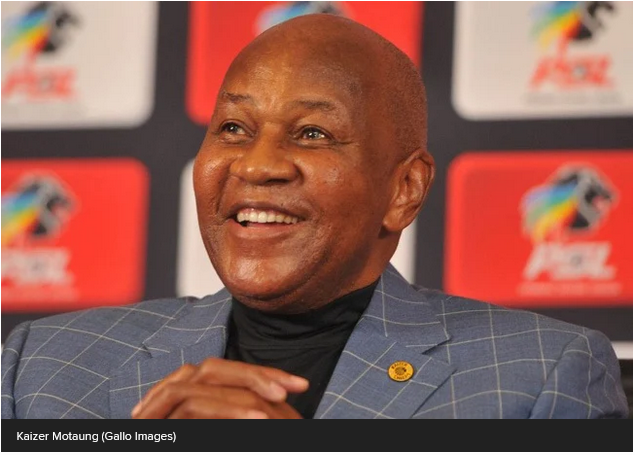 Knowledge must always lead to societal growth and progress. It is on this basis that AZAPO welcomes the move by the University of Cape Town (UCT) to bestow an Honorary Doctorate on Mr Kaizer Motaung.

AZAPO is of the view that such recognition is long overdue as Mr Kaizer Motaung’s contribution to the development and growth of football in this country is second to none. Through the years, Mr Motaung showed patience, resilience and determination in ensuring that soccer becomes a household sporting code in South Africa. He did this in a selfless and dedicated manner. His love for football is unparalleled. He contributed immensely as a Black business person to professionalising football in this country.

This honorary doctorate could not have come at an opportune time like now – we have just come out of the month of June where the nation remembered gallant sacrifices of the youth of June 16 1976. Youngsters have an opportunity to reflect on their lives and draw inspiration from the youth of 1976 and emulate what Mr Motaung did during his young and prime years.

AZAPO says halala to Ntate Kaizer Motaung, and hopes this acknowledgment by UCT of his immense contribution to the growth of football in South Africa will motivate youngsters in our townships to follow in his footsteps.

AZAPO is encouraged by the bold step taken by the UCT Council, the UCT Executive Leadership Lekgotla, the Vice-Chancellor Professor Mamokgethi Phakeng, and the UCT Senate to bestow an honorary doctorate on Mr Kaizer Motaung. This is a step in the right direction in as far as pursuing the transformation agenda in higher education institutions is concerned. AZAPO urges universities such as UCT to continue honouring and acknowledging the meaningful contribution Black leaders like Ntate Motaung made and continue to make towards the attainment of a progressive AZANIAN society – and the role they played and continue to play in building a unitary One AZANIA one NATION!