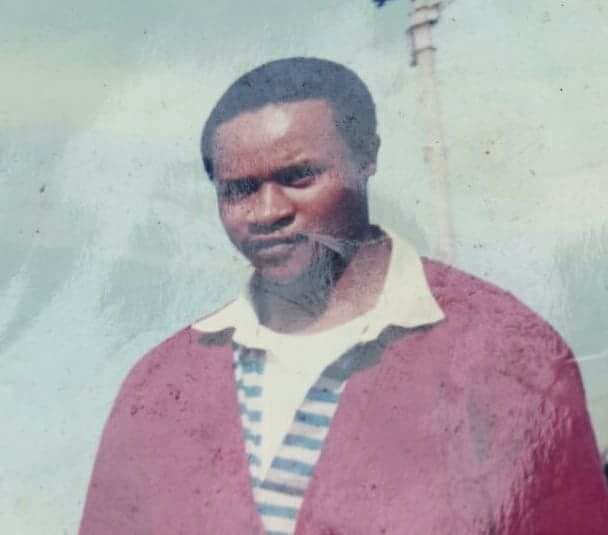 Comrade Madoda German Kazi’s gifts seem to have included knowing when to die. Indeed, he chose to pass his gun to his cadres on the 40th anniversary of the murder in police custody of Steve Biko. As a cadre that had a passion for singing, he often led us in the song that honoured Biko:

Those who know Cde German well will agree that his worth as a fearless and selfless cadre qualifies him to be sung this revolutionary song as is sung for Biko. Indeed, he saw many cadres killed with bullets, but surged forward with courage to climb Mount Kilimanjaro of the Azanian Revolution. Sadly, he died at the age of 58 without reaching the peak of the mountain Kilimanjaro. The peak of that mountain would have been the reconquest of our land and total liberation where the humanity and dignity of black people would be restored.

We can only be grateful to his late parents Mr Stofile and Mrs Tshoniswa Kazi who brought up a great son for the nation in that village of Gwiligwili in Qoboqobo (Keiskamahoek). They so loved him that they nicknamed him “Panini”.

He moved to PE at a tender age where he went through the schools of Mzomtsha Lower Primary, Veeplaas Higher Primary (renamed Isaac Booi) and Loyiso High where he also played football. But his love for music stuck with him as evidenced by his roaming around playing the mouth organ with his friend Mathanjana those days.

He was to later play football as a goalkeeper for the local Football Club called Njoli United Brothers (NUBS). His resemblance to German of the Young Ideas FC resulted in him inheriting the name, which stuck to him beyond the field of play. His peers would even bend the nickname to “Germko”. One of his teammates and close friend during this time was the late talented striker Stururu Mabenqa. Regrettably, his love for football clashed with the church that his strict parents preferred for him. The church won., and the football suffered.

But he kept his friendship with Stururu. They were both quiet and soft-spoken. Nothing could separate them from their Derbyshire and Brentwood trousers; their London Fog lumber jackets, their Pringle Cardigans, their Saxon shoes and caps. That was the clothing brand that was part of amaPantsula heritage.

Cde German had the natural gift to hide his ruthless bravery behind a loving smile and serenity. Like a lion, Cde German would avoid harming a human being. The problem arose when a human being provoked him or threatened to harm him. His joining of AZAPO in the early 1980s came handy in contributing to his management of his viciousness in the direction of the enemy of the struggling masses. While his parents had lovingly called him Panini, the community respectfully nicknamed him Bhambhatha.

Ironically, while he was a tough Bhambatha in the streets, he remained a fragile Panini at home and continued to clean, cook and wash dishes. Gardening, which he learned back at Gwiligwili village, remained his hobby even in the urban Kwazakhele location. He always carried out his home chores while singing. He loved singing.

He was a Black and Proud product of the 1976 June Uprising. He carried that spirit and discipline to AZAPO. During the unfortunate UDF-AZAPO feud, AZAPO cadres benefitted tremendously from his Bhambhatha personality. Two major incidents spring to mind. Cdes German, Mzwandile M’lojana Mcoseli, Fuzile Night Lupuwana, Nelson Manpower Joyi, Pololo Mgidlana Plaatjie and Stanley Stila Matomela were close friends who would sometimes vanish from the “base”. They were spotted around the Njoli area and ambushed by a large group of attackers. They ran in different directions. Cde Nelson was captured and attacked with pangas and bricks until he was left for dead. Cde German emerged from his hideout and returned to Cde Nelson. He moved the heap of bricks that covered his face. He related how he raised his clenched fist sky-high and still had the courage and time to recite a poem on realising that Cde Nelson was still alive. He carried Cde Nelson out of the danger zone. Cde Nelson’s face remains a living testimony of that incident.

Led by Rev Soga, Idamasa tried to initiate peace between the two organisations. A peace rally was organised at the Dan Qeqe stadium where thousands of people were in attendance. AZAPO President Ishmael Mkhabela was driven by the late Cde Themba Lefty Solwandle to the event. It turned out that some people in the crowd were not as peaceful as we were made to believe. They suddenly attacked AZAPO cadres. Cde Lefty got the President into the car and spun it out of the stadium into safety. Cde German and other cadres escaped out of the stadium in the back of an open bakkie. The bakkie sped down Johnson Road and turned left into Koyana Street towards KwaMagxaki. The backdoor of the bakkie opened leading to some cadres falling towards the pursuing assailants. The same Cde Nelson got captured by the attacking crowd. Cde German roared at the driver to stop the bakkie. Comrades could not believe their eyes when Cde German charged at the panga-wielding crowd with a small home-made knife. He came back running Nelson onto the back of the bakkie. The bakkie sped into safety.

In early 1986 Cdes Mzwamadoda Sthera Kondile and the late Sthembele Zitumane skipped the country to join the AZANLA Forces. They were followed in the same year by the group that involved Cdes Mzwandile, Nelson, Pololo, Mthikhala Ian Mashiqana, Wariri Nick-Bell Twana and Matshawandile Master Malambile. Later, Cde German joined the rest in exile. After undergoing military training in Zimbabwe, Cde German was part of the first 18-member group chosen to undergo Commando (Special Forces) training in Libya. That group included Cdes Pitso Jafta Hlasa, Vusi Harrison Ngcoya, Mxolisi Khumbulani Nxiweni, Morakanyane Cobra Motlholisi, Mbulelo Law & Order Ketye, Khathu Mamaila, Buti Neville-Alexander Saudi, Mbuyiselo Mshiniwam Ntshidi and Msebenzi Tekere Xulu. Cde Jacob Stimela Mokgetoa was the Commander of the group, while Cdes Mongameli Mongs Gxowa (late) and Mzwandile were Political Commissar and Logistics Officer, respectively. They first flew to Addis Ababa and stayed at the Harambe Hotel. It may be highlighted that Cde Mzwandile died in a battle with SADF and BDF soldiers. He was with his General Commander George Lloyd Biya in that battle. He died after they had taken down a number of the enemy. Cde Mzwandile was shot in the head as he was moving from one position to another. And in Mahwelereng in 1991 after pretending to surrender only to detonate his last handgrenade to kill him and 5 from the enemy forces, Cde Cobra died in a 6-hour battle with the SADF soldiers and Police Force members. In 1992 Cdes Mongameli died with Cde Sean Rapitsi in combat in an incident that involved a handgrenade.

The group of 18 flew to Ghana and stayed at the Grenada Hotel, and later moved to the Star Hotel, which was historically used as a transit camp for slaves. From Ghana they flew to their final destination, Libya. They joined other groups from countries like Liberia, Niger and Sumatra. They subsequently joined the massive and emotional Libyan One Million Men Parade. Cde German and fellow soldiers were stationed at Camp Wakarabia.

To fully appreciate the character of the man, you need to understand a few of the things he went through in his advance training as a Commando. They began every military training exercise with a loud and energetic chant done in Arabic, “A Commando Force fights on land, on sea and on air!” The training started with a 40km running and physical training under the rough hands of instructor CaptainJoseph Bomber. That would be interrupted by breakfast, after which weaponry training would follow until lunch. After lunch it would be the drill, which was conducted in Arabic. A 20km run would end the tough and rough day. After supper the soldiers would go to sleep, but sometimes interrupted by the Random Night Parade.

The obstacles training involved climbing a 45m wall using a rope. Jumping from a 12m bridge and avoid a 1.5m spread of fire. Jumping poles and walking on a 2.5m pole. Crawling under a knee-high barbed wire. Then there was what AZANLA soldiers called the BCMA Wall because of how challenging it was to deal with. The first Wall was knee-high, the second was waist-high and the third was head-high. The working technique was for you not to break your running momentum as you negotiated with the walls.

Cde German dealt with his training with the utmost discipline and dedication. He excelled in the Self-Confidence Test, which entailed jumping from 25m high into a 5.7m deep swimming pool. The Olympians generally dive head-down and enter the water with the head. That allows the diver breathing space because on entering the water the stomach organs move upwards away from the mouth and nose. On the contrary, the Commandos dive in a standing posture as if on attention with the result that the water is entered with the feet, thereby pushing the stomach organs upwards and making breathing difficult, while still expected to swim to avoid drowning. It is not unlikely that you can lose your breath twice through disorientation as you are on your free-fall. Because of their swimming abilities, Cdes Jafta, German and Cobra followed one another in that order so that they could help anyone with some difficulty.

The second Test was the Moving Truck. The jumping would start at about 30km per hour. The longer you stayed on the truck, the higher the speed at which you would jump. You faced where the truck was coming from. The technique was to bend and recoil such that the knees were close to your chest. When you jumped you had to immediately turn and face the truck on landing and run towards the truck. Any misapplication of the technique could result in the breaking of your limbs.

Cde German did all that with flying colours. He served as a morale booster to the rest of the 600 in the camp, and made them forget the hardships with jokes. That is how he earned his guerrilla name “Jabulani”, or sometimes simply “Javas”. He handled the most dreaded Saba April Camp (Interrogation Camp) with unbelievable courage. That was where some soldiers returned with bruised faces and broken limbs. His singing gave him and others courage. Under difficulties circumstances he would sing:

Apart from his heroic military operations, Cde German produced tens of soldiers including the ones he trained at UWC.

We stiffen our bodies and stand to attention as we salute one of the bravest fighting machines of our liberation struggle. As his coffin slowly and silently sinks deep down into the bowels of Mother Earth, let bullets fly high into the sky as part of a 21 Gun Salute to show the highest respect and honour to a gallant warrior of the Azanian Revolution.

One Azania! One Nation!